Crime And Punishment - Facing A Firing Squad And Surviving

Can you imagine facing a firing squad and surviving? Imagine how terrifying that would be.  That was an experience that a famous writer went through on December 22nd, 1849.  The writer who would one day publish the popular works Crime and Punishment, Fyodor Dostoevsky, was actually led before a firing squad and prepared for execution. 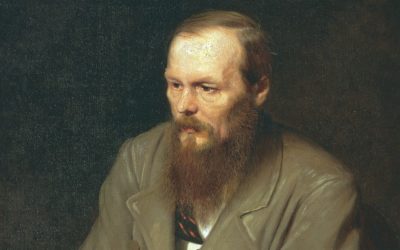 Just weeks earlier, on the 16th Nov he’d been convicted and sentenced to death for allegedly taking part in anti-government activities. Luckily though, for him and the world of literature he was reprieved and sent into exile to a Siberian labour camp, where he worked for four years.

He was released in 1854 and worked in Mongolia as a soldier before finally returning to Russia in 1859. Dostoevsky founded a magazine, which eventually collapsed leaving him in debt. In 1866, he published Crime and Punishment, the works that history remembers him for. Imagine though, if they’d just pulled the trigger on that fateful day.