Love At First Sight - The Bonnie And Clyde Story

We often tend to glorify the wrong people in this world.   The story of Bonnie and Clyde perhaps is appealing to some as it's a love story with an unhappy ending.  Either way you see this two young lovers, their story began on January 5th back in 1930.  That was the day when Clyde Chestnut Barrow met Bonnie Elizabeth Parker for the first time and the pair fell in love. The meeting took place at a mutual friend’s house, Clarence Clay, who lived at 105 Herbert Street in the neighbourhood of West Dallas. 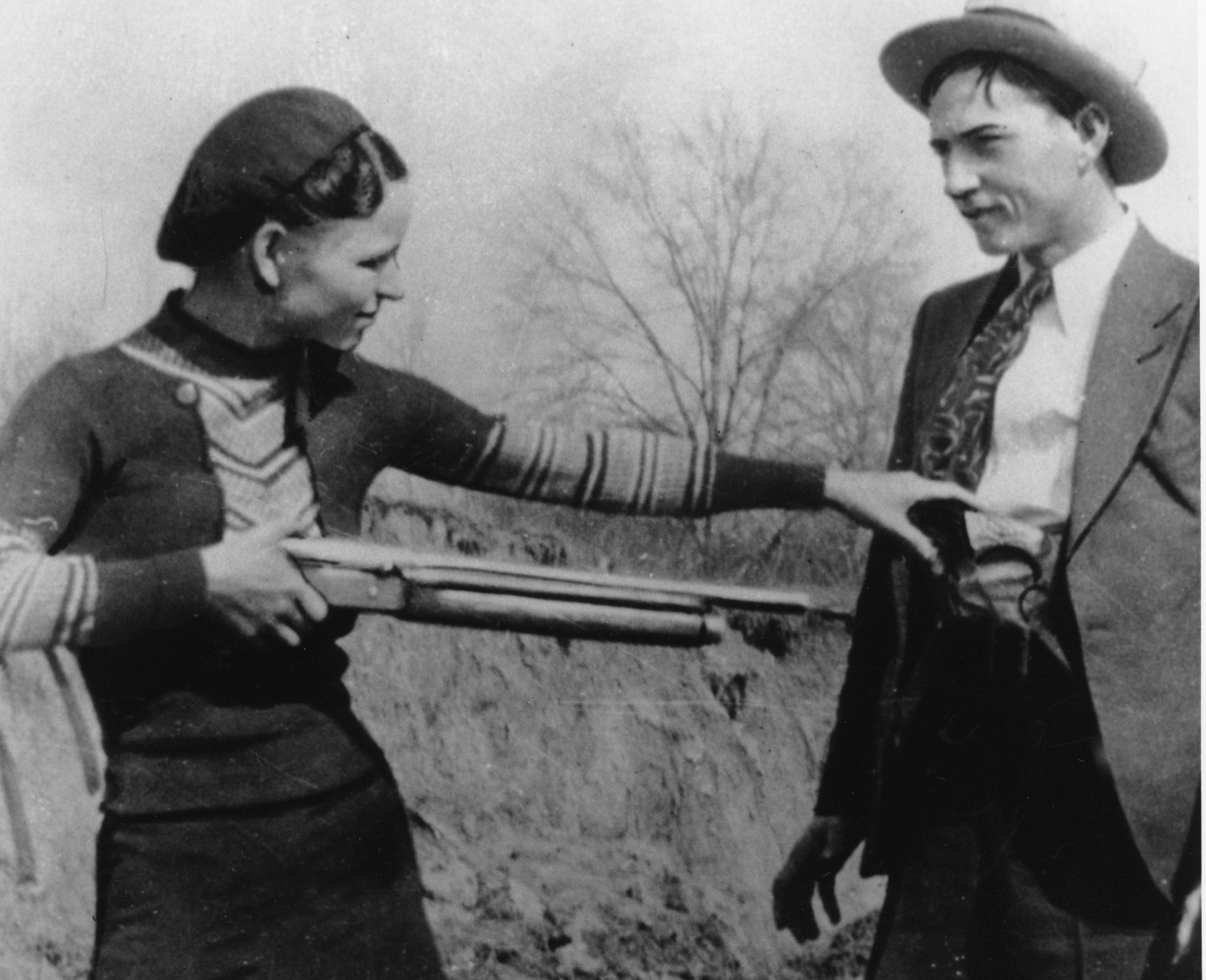 A few months after their first meeting Clyde was sent to Eastham prison. During his stay he used a lead pipe to crush the skull of another inmate who had sexually assaulted him repeatedly and convinced another inmate to use an axe to chop off two of his toes to avoid hard labour in the fields. 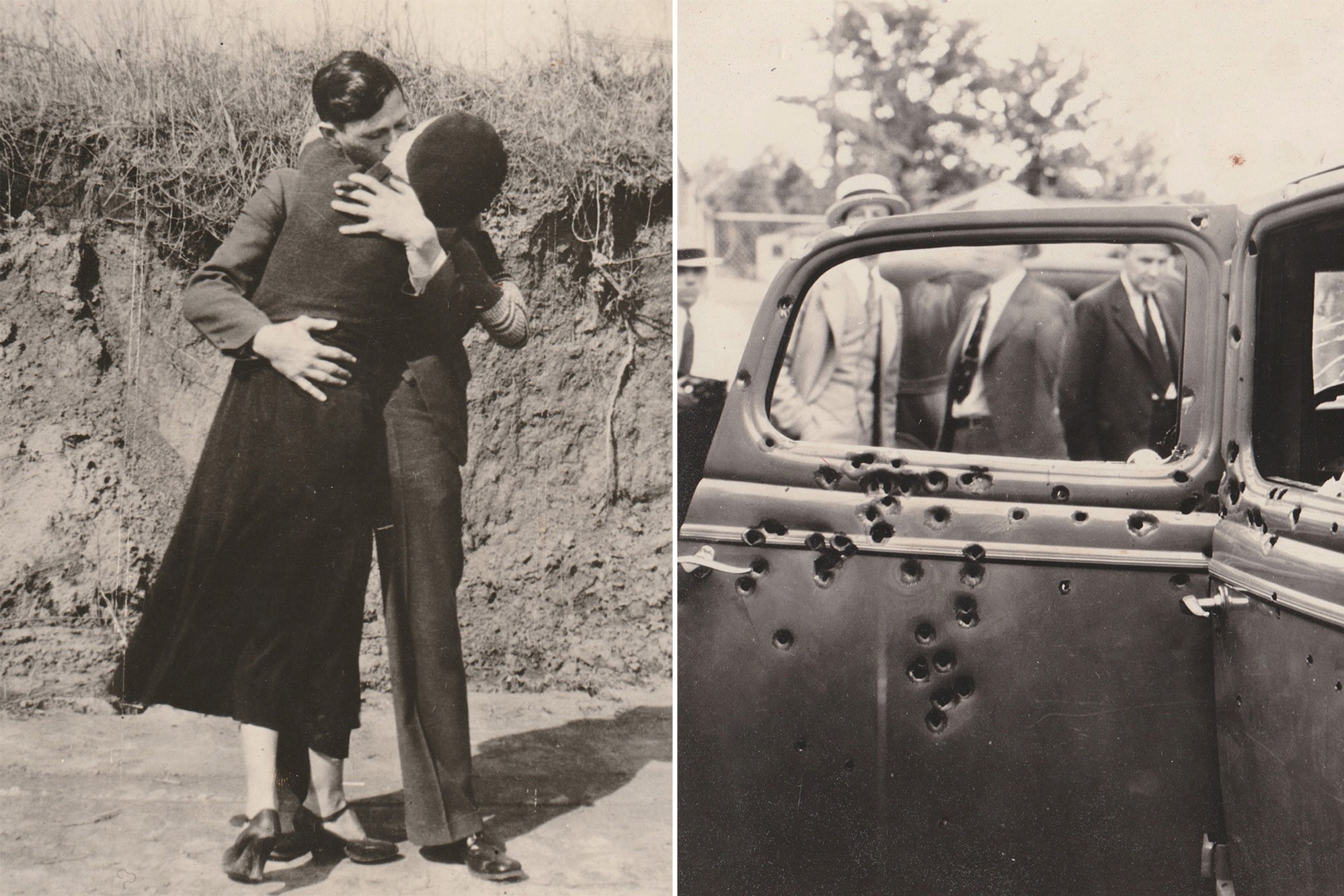 In 1932 Clyde emerged from Eastham a hardened criminal, and Bonnie and Clyde’s campaign of robbery and murder began. At the time they were killed in 1934, they were believed to have committed thirteen murders, nine of which were police officers!