Refusing To Give Up Your Seat - The Rosa Parks Story

Not many people can say they made a real difference to the world we all live in, but a lady named Rosa Parks is one of the few.  Rosa shot to fame back in the mid-fifties when she famously refused to give up her seat to a white passenger and move to the back of a bus on December 1st, 1955 in Montgomery, Alabama.

Unfortunately segregation existed on the buses in Montgomery, but it wasn’t just a case of buses having two sections, it was far worse than that.  If a white person boarded a busy bus and there was no space then blacks were forced to move, stand or leave the bus.  Black people were also not allowed to sit directly across the aisle from a white person, and to make matters worse African Americans had to board the bus from the back to avoid walking past a white person on the front of the bus. 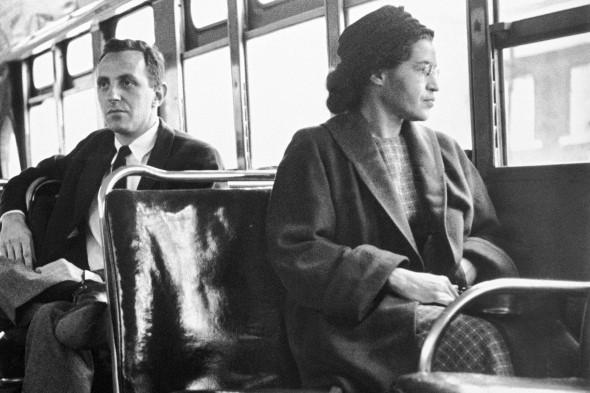 Now Rosa wasn’t the first person to refuse to move seats.  The most famous incident, Rosa aside, was Claudette Colvin who was arrested for the same crime as Rosa only nine months earlier.  Heartbreakingly it was decided that Colvin wouldn’t make a great poster child for the civil rights uprising as it transpired that she was pregnant, and it was agreed that her pregnancy out of wedlock would be used to demoralise the cause.

Rosa Parks though was an ideal candidate and the time to make a stand, while ironically remaining seated had arrived.  Parks was simply married and employed.  On December 1st, Rosa Parks was arrested for refusing to give up her seat to a white passenger and move to the back of a bus. The bus driver, James F. Blake, ordered her to give up her seat in the "coloured section" to a white passenger, after the whites-only section was filled, and she refused.

Parks was arrested for civil disobedience in violating Alabama segregation laws. Now the interesting bit is that 13 years earlier, back in 1943 Rosa had a run in with that very bus driver.  Outrageously African Americans would have to enter the bus through the front door to pay the driver, but then they had to leave the bus through the front door so they could walk to the back of the bus to enter the bus to sit down.  Shockingly drivers would take the fare and then drive off and leave the poor passengers at the side of the road.  The bus driver James F Blake had pulled this dirty trick on her, forcing her to walk 5 miles home in the rain.

Rosa Parks got her revenge in the end, and then some.  When we talk about Rosa as the perfect candidate, it’s important to know that she wasn’t chosen before the incident to be the person who refused to move.  The incident wasn’t planned.  However after the incident Jo Ann Robinson, a leader of the WPC, and E.D. Nixon, President of the local NAACP, started handing out leaflets describing Parks’ arrest and asking for a one-day boycott of the city buses on December 5th.  Interestingly African Americans actually made up about 75% of the bus system’s customer base, and around 90% refused to use the bus on that day. 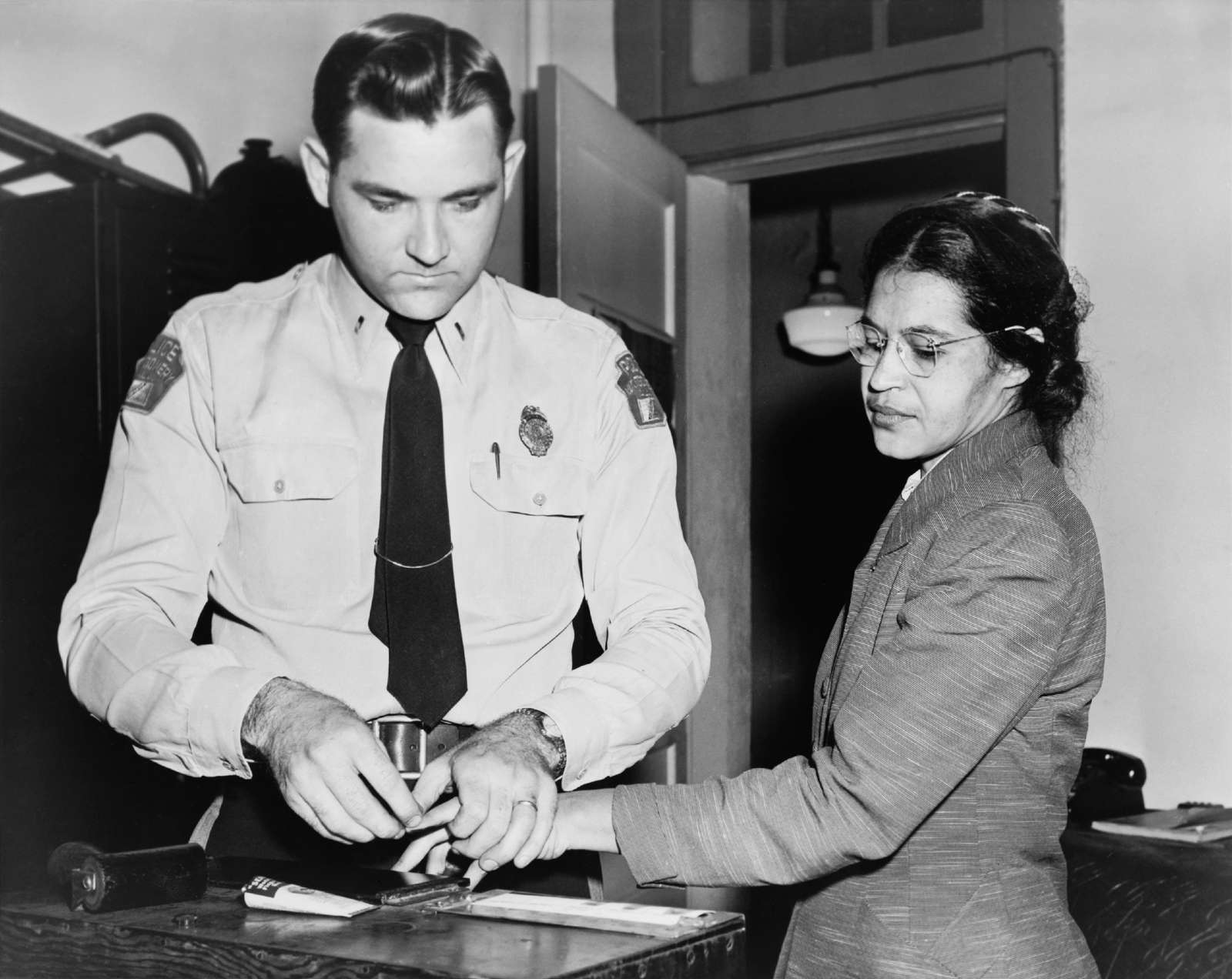 The boycott was so successful it was decided that it would continue indefinitely, and it went on for over a year.  Eventually on June 5th, 1956, a federal district court declared segregated seating on buses to be unconstitutional. The Supreme Court upheld that ruling in mid-November. The federal decision went into effect on December 20th, 1956.

Rosa Parks had made a difference but at a personal cost.  She was fired from her job and even received death threats for years afterwards. Thankfully we now live in a better world thanks to the brave actions of people like Rosa Parks.