The Battle Of Agincourt - The Longbows Victory

It all happened on 25th Oct, back in 1415 when one of the most significant battles of the Hundred Years War took place, the Battle of the Agincourt. The English had renewed their war effort in 1415 following several decades of relative peace and had marched 260 miles in two and a half weeks only to face a considerably larger French army. 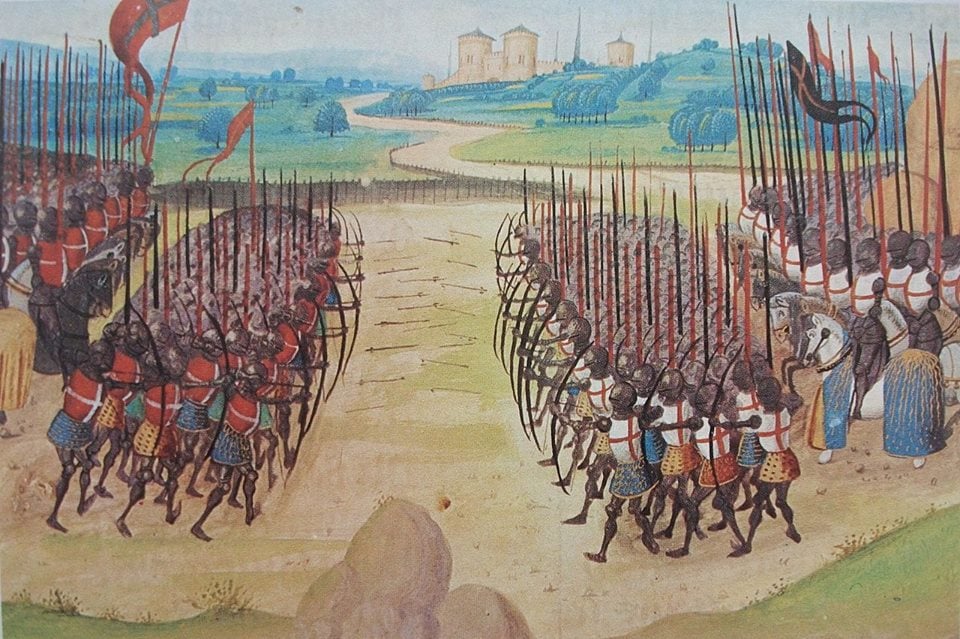 The English were unable to withdraw to Calais as the French blocked their path, so instead they fought and even their King, Henry V, participated in hand-to-hand fighting. The English numbered around 8,000 knights, but around 80% were archers armed with English longbows. The French outnumbered the English considerably, but they were weighed down by heavy armour and their cavalry were slowed down by the heavy clay soil on the battlefield that day.

The English army won the battle, largely due to the military superiority of the longbow. It is estimated that around 6,000- 8,000 French soldiers were killed, and only around six-hundred English soldiers died. The Battle of Agincourt is one England’s greatest military victories.
Finally just a huge thanks to all of our sponsors.  Without your support we would not be able to deliver free school experiences and inspire the next generation.