A British Disaster - The Great Fire Of London 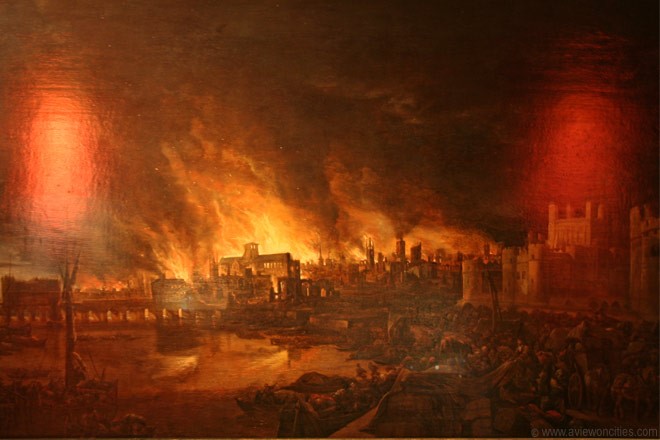 It all began on Sept 2nd, back in 1666 when the Great Fire of London started in the King’s Bakery in Pudding Lane near London Bridge. The previous year London had suffered from plague, and the city’s residents thought things couldn’t get any worse, but a different disaster was about to strike. The summer of 1666 had been hot, and in the weeks leading up to the fire there had been no rain which had left the city and its wooden houses and buildings tinder dry. The fire soon took hold and spread from the bakery, as a strong east wind carried the fire from house to house. Attempts to put out the fire using buckets failed and Londoners began to panic. Chaos quickly ensued as people tried to flee the city, and simultaneously thousands of ‘sightseers’ from the villages came to view the disaster. 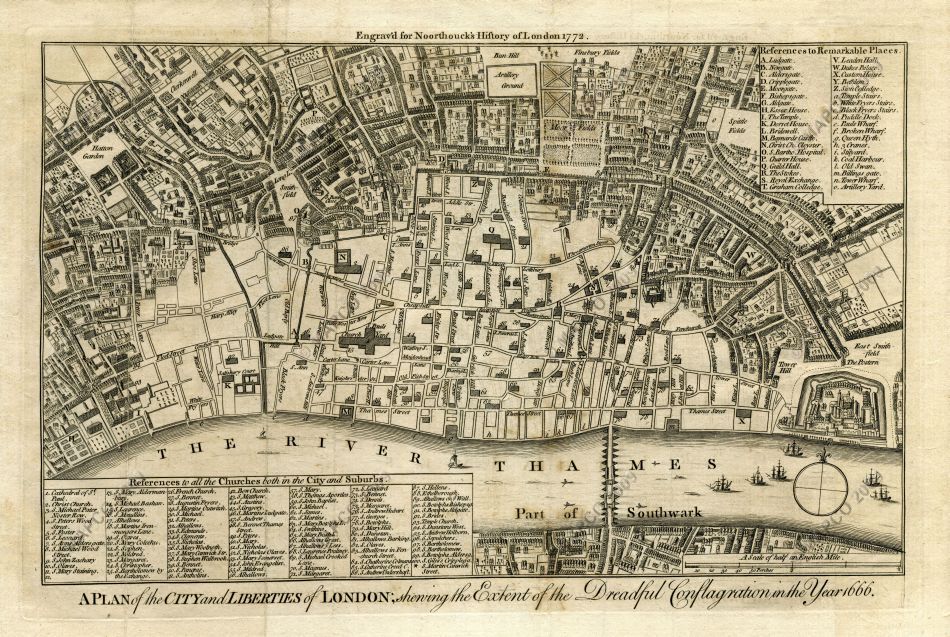 The fire raged on and by the 4th September half of London was in flames. Attempts were made to destroy house in the fires path to create a fire-break, but it made little difference. Eventually even St. Paul’s Cathedral caught alight, and the lead on its roof melted and poured down onto the street like a river. Finally, on September 6th the fire was extinguished, and only one fifth of London was left standing. Around 13,000 houses had been destroyed, but thankfully only six people had died. 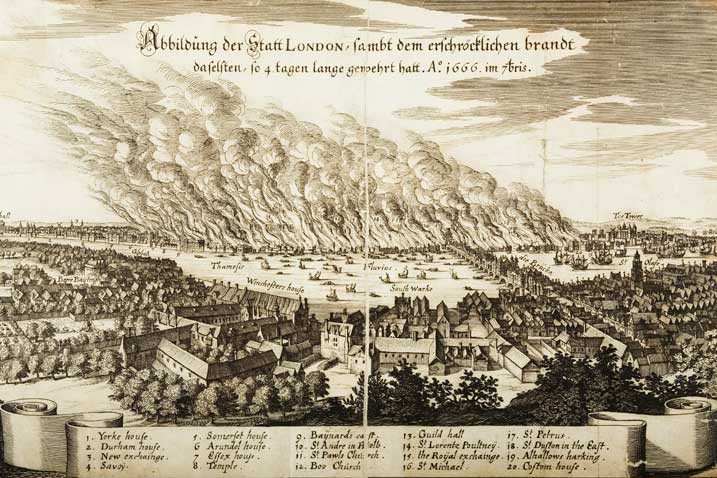 The Great Fire was a tragedy; however, it did shape London into the city we have today. The overcrowded and disease-ridden streets were destroyed, and a new London emerged. Sir Christopher Wren was given the task of re-building London, and his masterpiece St. Paul’s Cathedral was started in 1675 and completed in 1711. He also rebuilt fifty-two of the city’s churches.