The Battle Of Stamford Bridge - 1066 The Year Of Invasion

It was on Sept 25th during the year of invasion, 1066, when a fierce battle was fought between the English under King Harold Godwinson and an invading Norwegian force led by King Harald Hardrada and the English king's brother Tostig Godwinson. Earlier that year in January Edward the Confessor’s death had created a power struggle in Europe, and several men were eager to fill the vacuum and take England’s throne.  The King of Norway, Harald Hardrada, had arrived in Scotland with his fleet of three-hundred ships and eleven-thousand Vikings. 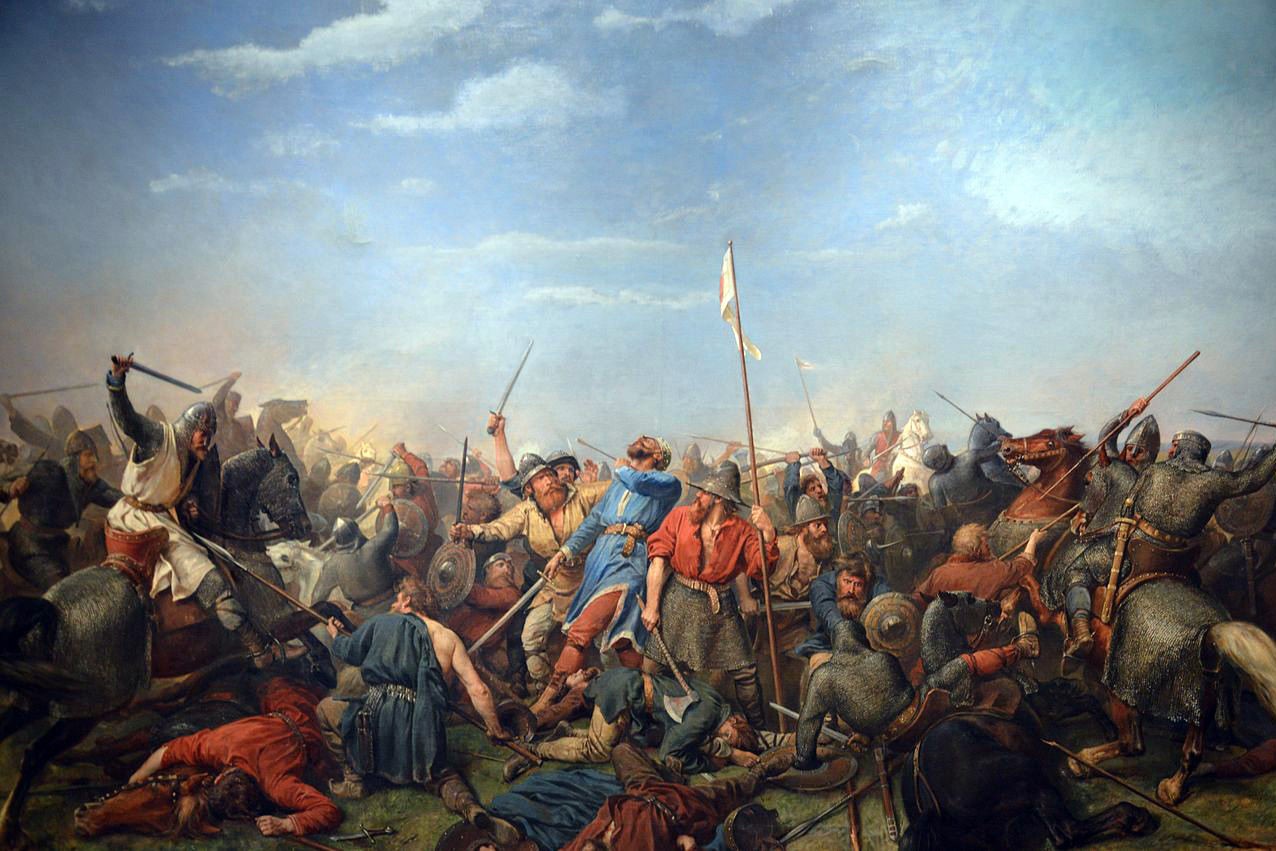 They sailed up the River Ouse and took the city of York, forcing King Harold’s army to travel from London to York, a distance of 185 miles in just four days. The English surprised Hardrada’s forces, catching them unprepared. The battle took place at the village of Stamford Bridge in Yorkshire, hence the name. 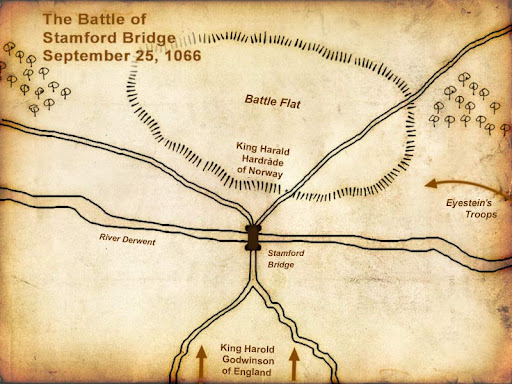 The battle itself was fierce and both Harald Hardrada and Tostig Godwinson were killed. The English under King Harold Godwinson had won, long live the King! Meanwhile further south William of Normandy was preparing his invasion. He landed his invasion fleet on England’s south coast three days after the Battle of Stamford Bridge, and after defeating King Harold Godwinson and his army at the Battle of Hastings he took control of the country.
So on a different note, have you ever wondered if their is a connection between the battle and Chelsea Football Clubs stadium which has the same name? I guess they ultimately both have the same origin but they don't have any relation to each other.  "Stamford Bridge" is believed to be a derivative of "Samfordesbrigge" which means "the bridge at the sandy ford".  Eighteenth century maps of London show a "Stanford Creek" running along the route of what is now a railway line at the back of the East Stand of the football stadium as a tributary of the River Thames.   So now you know.
Finally just a huge thanks to all of our sponsors who support us and allow all of the amazing things possible.  You literally help us inspire the next generation.  If YOU would like to lend a hand, a donation equal to a cup of coffee will help us make a huge difference.  Simply click here!