This photo of Nelson’s Column in Trafalgar Square was taken in the late 1800’s and supposedly features steeplejacks from Bow in the East End of London cleaning the column for the very first time.  Of course these brave workers certainly weren’t the last to climb this famous monument. 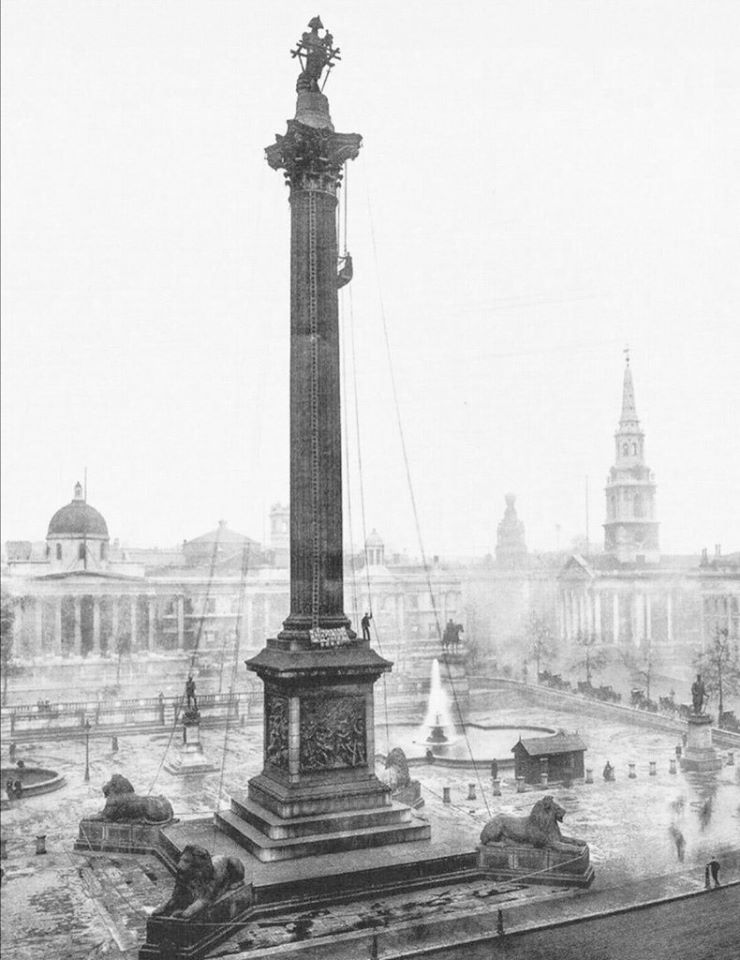 Over the years many activists have climbed the column.  Ed Drummond made the first such climb in 1978 for the Anti-Apartheid Movement.  Other climbers have scaled the column for a wide variety of different causes from Greenpeace’s Campaign against Acid Rain to Survival Internationals climb to bring attention to the plight of Canada's Inuit people.  One of the most unusual occurred in May 2003 when stuntman Gary Connery parachuted from the top of the column, to draw attention to the Chinese policies in Tibet. 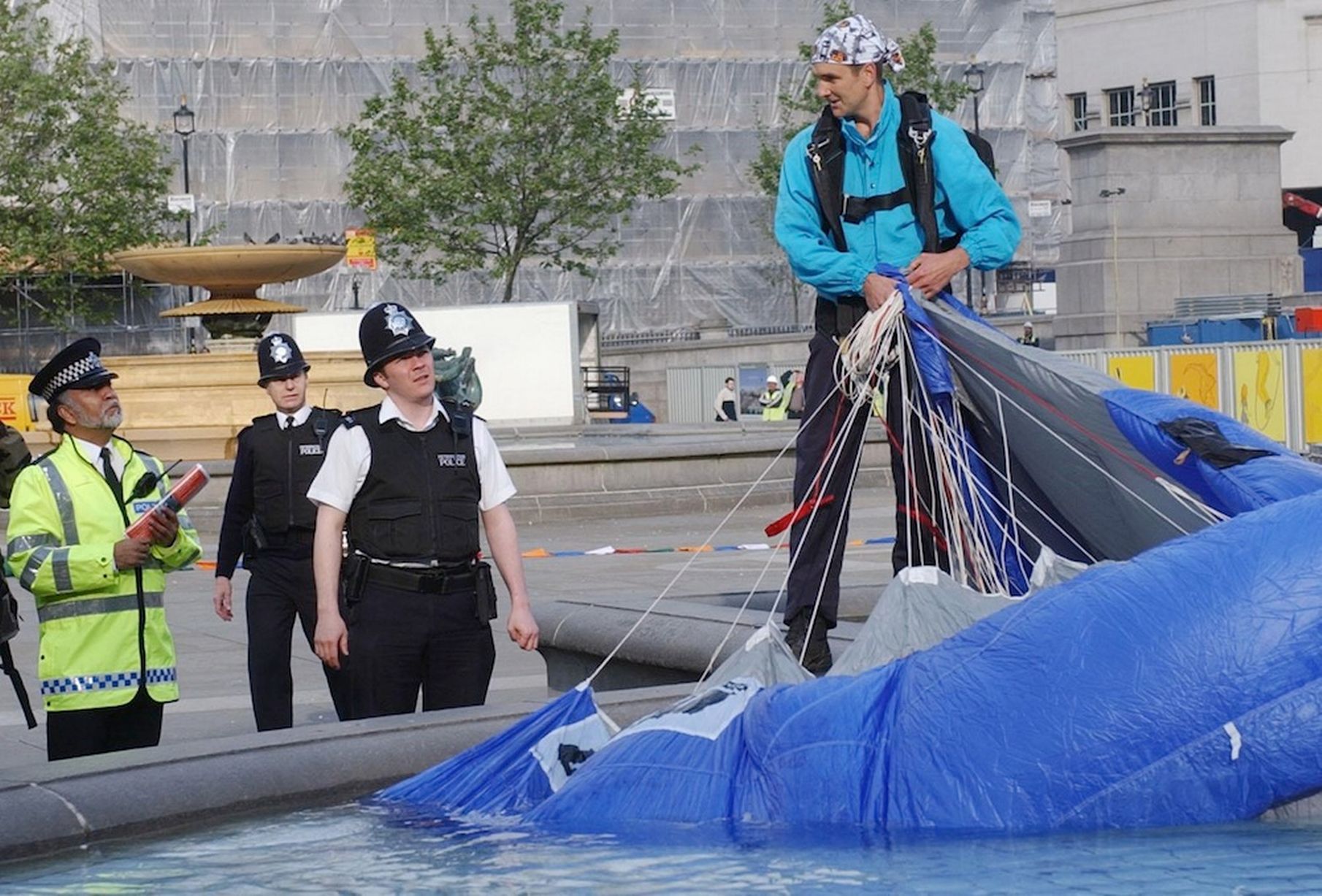 Our favourite occurred relatively recently, back in April 2016 when Greenpeace activists climbed up the column and placed a breathing mask on Lord Nelson in protest of dangerous air pollution levels in London. 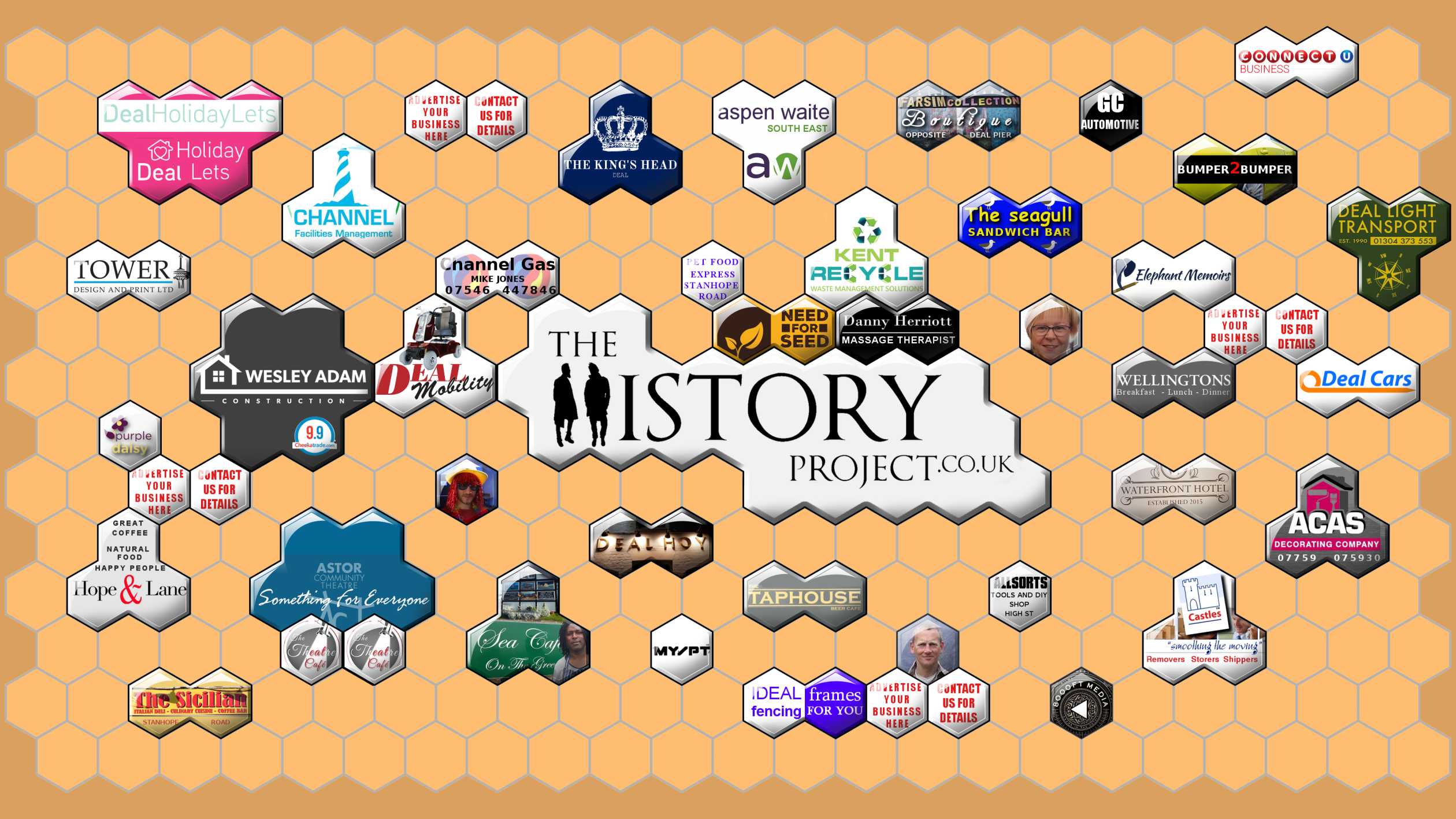