Our Mercury Moot group continues to meet on Wednesday mornings and Sharon Powell who runs the group has recently delivered a talk at our Astor Community Theatre show on the brief history of Deal’s cinemas. Here Sharon writes about Deal’s very first cinema, Marina Hall. 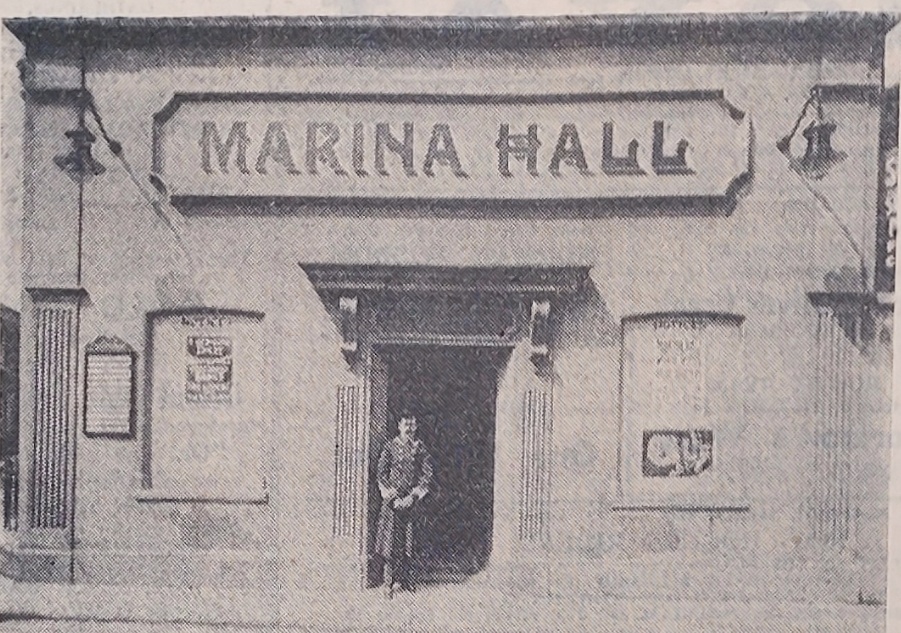 In 1956 the East Kent Mercury announced ’50 years of Cinema in Deal and followed this with ‘Third Town To See First Film’. The article refers to the 24th February, 1906 when it was announced that the famous ‘Biograph Animated Pictures’ now running at the Empire Theatre, Leicester Square in London, will be exhibited at the Oddfellows Hall  (later The Royal Cinema) for one week commencing Monday 5th March.

Amazingly, Deal was only the third town in Britain to see this prototype of the movie which consisted of nine disconnected scenes flashed without a break onto the screen.

The article goes on to say,

‘Four years later, in 1910, the second great phase in the history of the local cinema opened. Throughout the country cinema theatres were being built and Deal was unwilling to be left behind’.

Near to the junction of High Street and Duke Street were the Assembly Rooms which dated from 1795 and, by 11th April 1910, Charles Collins, who went on to be described as the ‘pioneer cinema-manager’ in Deal’, had the building converted into ‘Marina Hall’, Deal’s first cinema. 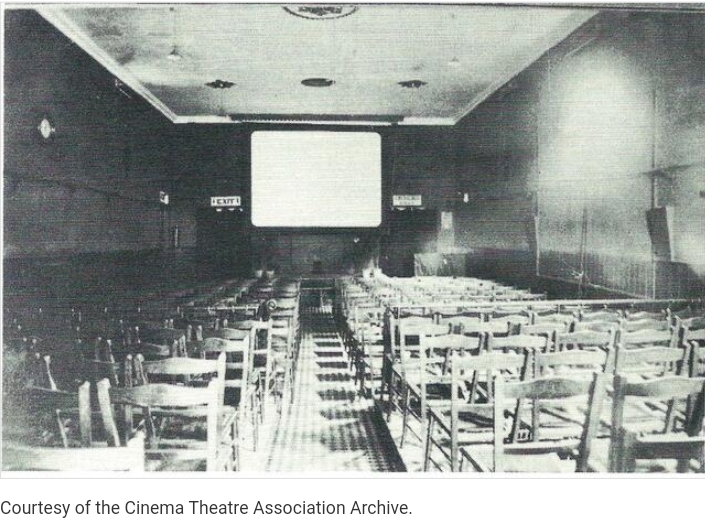 Nowadays, comfy seating is top of the list when choosing where to watch a movie but back then it was the thrill of the newly invented movie itself that lured the public in. Marina Hall could only boast rows of wooden-backed seats that were set either side of a central aisle. There was a low brass rail, supporting a curtain, separating the front seats from the more expensive ones at the back. It worked in a similar way to the ‘first, second and third’ class on the railways.

As patrons arrived for the entertainment on offer Mr Collins greeted them in person offering space for them to leave their cycles, prams and carts. Sybil and Lizzie Collins sold ticket from pay boxes, Mr Collins’ son helped and the team also included pianist Frank Pocklington, a must for cinemas playing the silent films. The projectionist was Jack Baker and there were uniformed attendants, who I quote, ‘stood no nonsense from unruly members of the audience’.

Charles Collins was a big part of the entertainment package himself as he often gave a running commentary on the film and threw in a few well received jokes too! At the end of each show there was a slide on the screen which showed a smiling Mr Collins and the words ‘Many Thanks. Good Night. 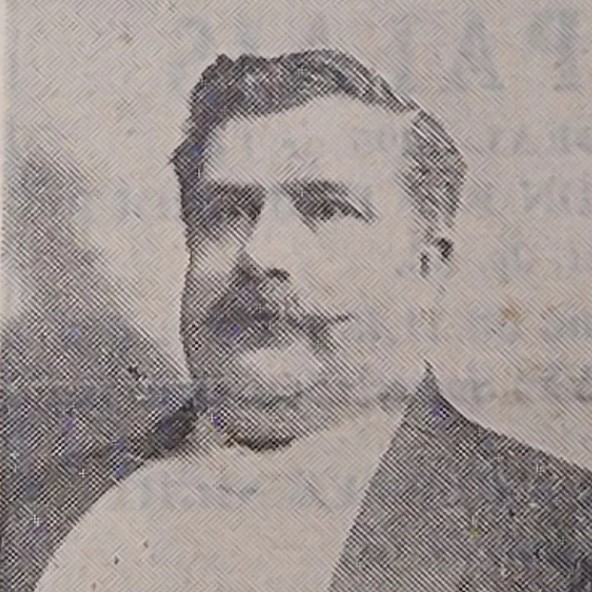 Weekly entertainment also included matinees for the children where words appeared on the screen so the children could sing along to Mr Pocklington while he tinkled the ivories. It cost only 1 penny and the signature tune the children sang was

‘ Let’s all go down to Collins’ Picture Hall’ sung to the tune of ‘Let’s All Go Down The Strand’.

In May 1911, on the anniversary of the death of King Edward VII, Charles enterprisingly arranged a special showing of the funeral film from the year before which, in those pre TV days, was very popular.

Marina Hall closed down in 1913 as Charles Collins turned his attention to bigger and better things. I will cover his other ventures in future posts so you’ll be hearing more about him soon. The town’s cinema history certainly owes him a great deal as his name crops up in connection to almost every early cinema here.

As for the closed down cinema building it was initially used by Erridge’s Corn Stores, then for a similar purpose by T. Denne and Sons Ltd. It was eventually demolished as part of a wider house-building scheme; its site is mainly now occupied by Clarence Place.
Additional reference:
'Picture Palaces Remembered’ by John Roy and Tony Thompson
Help us write even more articles, click here!