This is my first blog post and I am really excited to get this blog off of the ground. George and I have been running The History Project (THP) for a few years now. Building our activities up in our own time and with our own money.

Prior to this, I have spent my adult life in a number of different roles. I have been a Baker, Bricklayer, Salesman, Premises Officer, Barman, Entertainer, Media Creator, and Consultant. My pattern repeated itself, I would get settled into a job, and then just as I have sussed it out, got good, and mastered it, I would feel an immense pull to do something different. This pull would eventually get the better of me, much to the chagrin of my employers, as I mostly did an exceptional job and exceeded what was expected of me.

As I got older life got more serious; houses, children, so I have to be careful now with this urge. There is a need for stability in my time of life that I didn't want or care for in my younger days. 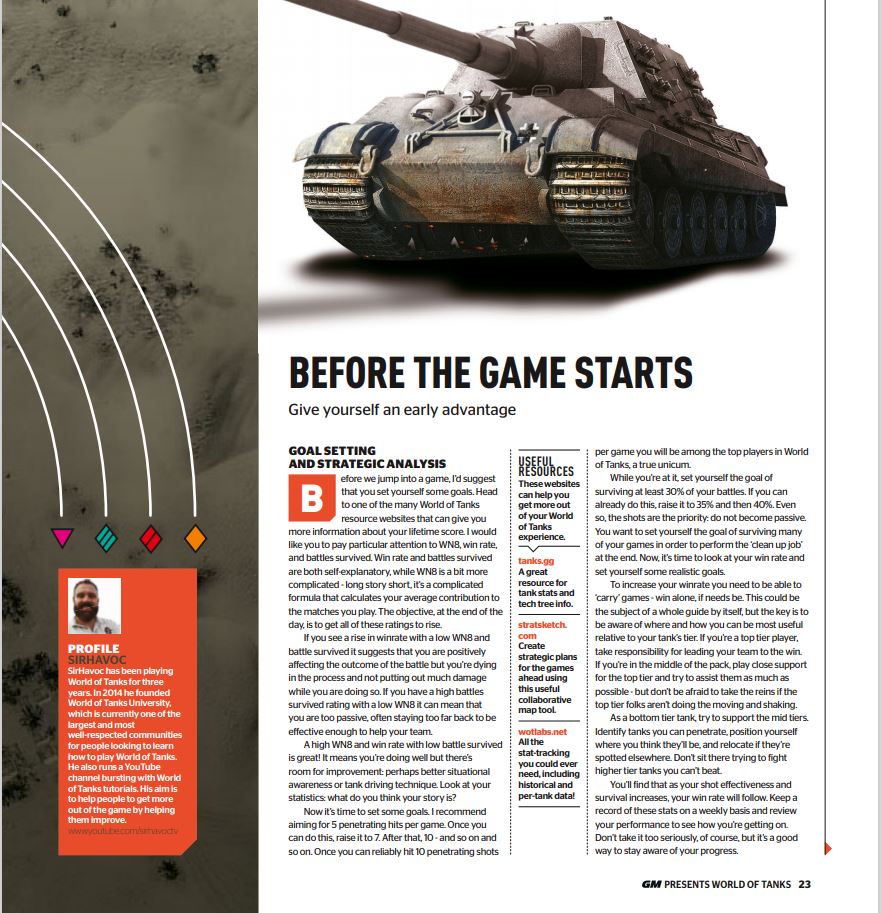 This sent my world crashing down...

You see, I wasn't really happy. All my life I have been an adventurer, I spent my childhood times out catching snakes and lizards. I was always out somewhere watching wildlife, a Kestrel, a Cuckoo, a Fox, I loved nature.

Did you know that if you see a Stoat, (a member of the Mustelid family that looks much like a slender brown and white Ferret), if you take 10 steps back and take a knee and just wait, it will come trotting up close to see what you were? They are very curious animals. All this time in the wild earned me the nickname "Walkabout Pete". from when I was allowed out on my own I was off roaming the fields. One time when I was seven my mum told me someone had said they had spotted me out in the fields at Worth.

When I started Secondary School I did not fit in. I didn't like sports, I hated football and was pretty useless at it. My family's budgetary constraints didn't allow for cool clothes or haircuts, so it was either a skinhead, delivered with scissors by my mum, who would always tell me in her younger day she used to cut dogs hair. This in her mind at least, made her qualified. Well, it was either that or to continue walking around with a huge mop of long hair, to be absolutely fair to my mum, she did a pretty good job considering she used scissors. It didn't help the street cred' though did it, everything I wasn't was 'cool' and everything I was, was not, and it wasn't long before I started to adapt and change who I was to try to fit in. The results were disastrous, and lead to me not being me, not knowing how to act, what to say and it wasn't long before I was making decisions that isolated me and made my teenage years absolutely dire and most despairing.

I spent a long time in my life trying to find who I was, till sometime in my late twenty's to early thirty's I had a major realisation.  I was 'Walkabout Pete', and I needed to revert back to the child I was and rediscover the true me. By then I had built up some habits like playing computer games which at that time I had left behind, but sadly, when I was 31 years old my older sister Lisa, passed away unexpectedly, and as part of my coping mechanism, I started playing computer games again.

The good news is when I do something, I tend to go all in, I am either doing it, or I am not. This meant that I got very good at playing computer games, and being a natural teacher and a people person when I started to create online content and build an online community, people followed and it grew and grew, until the next thing I knew, somewhat by accident, it was my job.

So here I now was, having given up playing "those silly games" which I considered being a waste of my time, now doing it as a job. I sometimes wonder if turning it into a job was something I did subconsciously as a reason to give me an excuse to continue playing. In any case, in the end, you can not lie to yourself, I  knew it didn't inspire me fully, and whilst at one time I felt it was a meaningful endeavor. After a while, I witnessed behavioral patterns in people online that lacked loyalty and sincerity, which I tolerated but didn't appreciate, so when Frank started to display a want to do the same it was like a sign for me and I knew I needed to construct for myself a different pathway.  No parent wants to encourage something that can be a negative behavioral pattern in their children. I have felt the addiction to computer games creep in on my life and witnessed first-hand what it can do to young people and married men alike. It's an addiction, addictions are not healthy and computer games are getting more and more immersive every year. 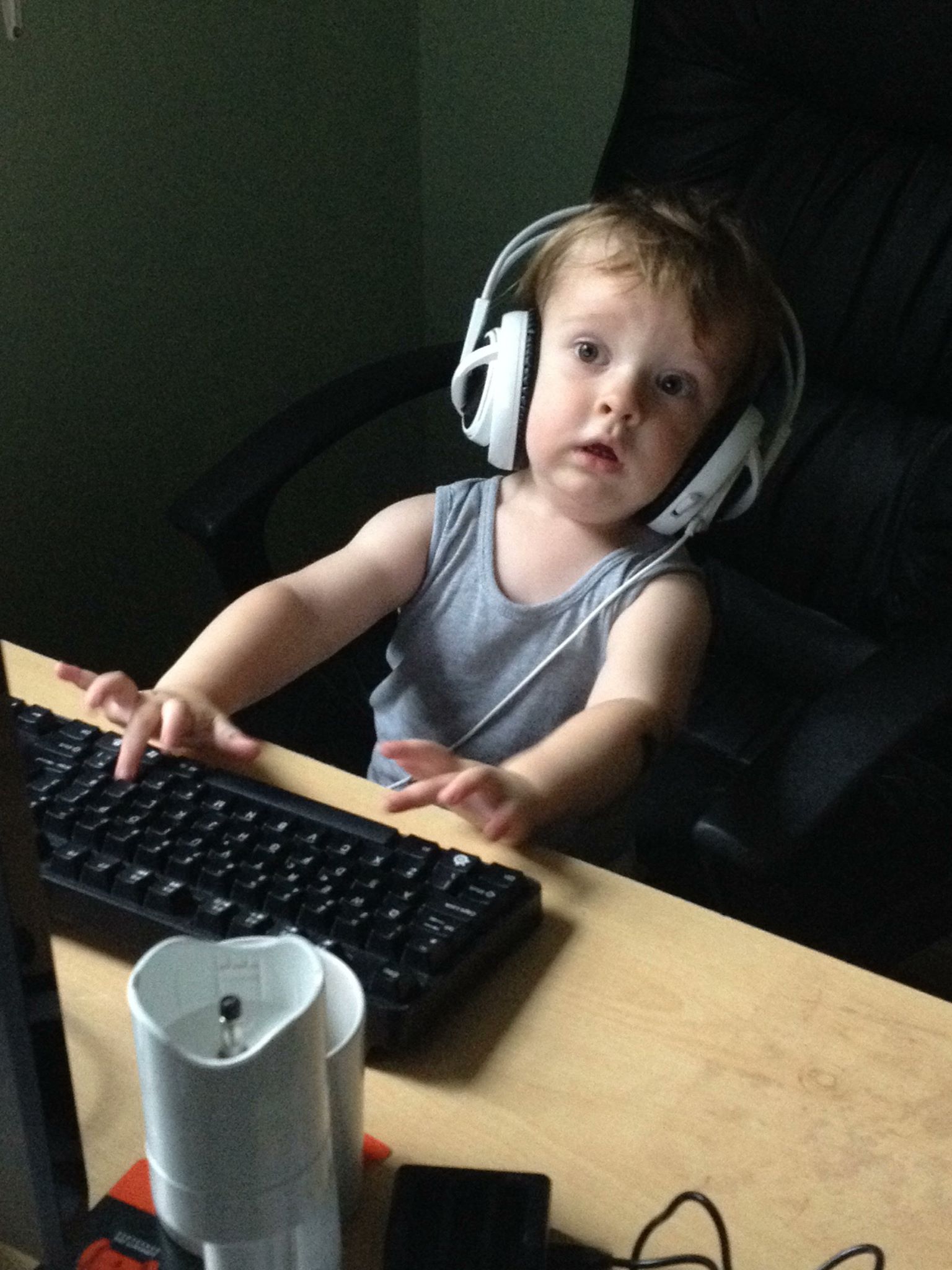 I had to stop, but what next?

I had learned some pretty awesome skills so far in life. I am a great salesman, I can sell ice to Eskimos, I once sold a space hopper to a lady as an aid to help her husband build up his core muscle to help his back pain. If someone came to me to buy a child's toy at a Christmas fair they would walk out with 7 toys, a gadget of some sort, and a book to read on Christmas Eve, (Honestly if you don't believe me, ask George). And thanks to my gaming work, I now knew how to edit video, graphic design and had a strong understanding of how to build and promote brands online. I have a background in Permaculture and sustainability and some experience project managing and delivering projects too, and I was looking for something to do...

I decided wanted to build or do something of real worth, something meaningful that would continue even when I am done.

I was looking across Facebook and that's when I saw it, 'The East Kent History Channel' by George Chittenden.  I instantly saw a plethora of mistakes that had been made in the creation of this channel and a go-zillion ways it could be improved. It dawned on me that making history content could be something I would really enjoy and due to the nature of history literally covering every subject known to man, I was confident it would provide longevity, and whilst I saw a number of ways this fledgling channel could be improved, George hadn't made a bad start, they were all the normal mistakes everyone makes in the beginning. I knew George would make an absolutely fantastic partner in my new adventure. He has a background in research and writing and is one of the best tour guides I have seen. It seemed like a perfect start to something I wanted to explore, and so I set off to have a chat with the infamous George Chittenden. 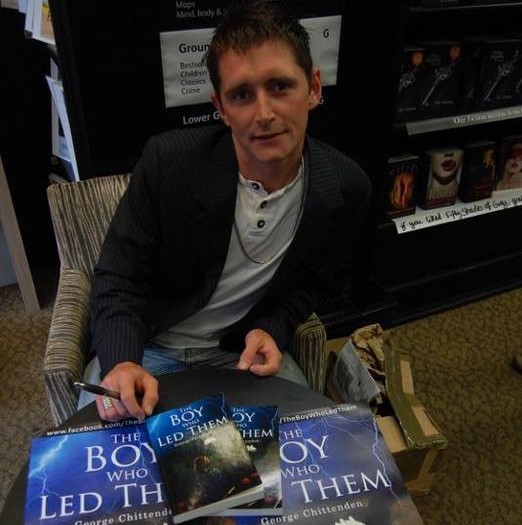 Growing up with Georgie Porgie Pudding and Pie...

I have known George Chittenden as long as I have known bread. Our parents are friends, our older siblings are friends, and growing up we built a friendship that would stand the test of time. You know, the sort of friendship that can only be built playing in the gutters of the streets of Deal. Ginger Knocking, Curby, Cops and Robbers, Teenage Mutant Ninja Turtles, the whole damn thing. It didn't matter how much time had passed, when I saw George it was always as if I saw him every day since the last time we spoke.

I went and spoke to his mum Carol first. I feel I need to interject slightly here and I am confident that all of George's and his brothers and sister's friends would agree. When you grow up with the Chittenden's, Carol is like your second mother, she is absolutely wonderful!!! and still someone I love to sit and have a cuppa with to this day. The problem with George in those days though, was that his geographic location was often determined by the time of year. He worked hard all year and then normally went traveling for 3 months or so in the winter, using the time to write novels and adventures of times gone past.  It was at the end of winter so I knew I stood a chance of catching him but I was half expecting him to be digging drainage ditches in Kuala Lumpur or something like that.

As luck would have it, he was home and we got talking about how we could build a history company together.

The sky is the limit and everything was on the table...

George was immediately open to my idea and we both agreed that creating something awesome would take a lot of work and that the workload best be shared.  We are both very community-minded and relished the idea of doing something of great benefit to our local community initially, and then expand as we grow our resources.

It was the correct time for both of us as we were both at a crossroad in this regard, George being a history lover, also felt that the vast expanse of categories that could be covered in history would be beneficial.

Our initial plan was to increase awareness and promote history through documentaries and use any possible revenue we got from that to deliver great local history-themed community projects.

Here is our introductory video.. watch out for the Game of Thrones reference in the middle...

Our first school was Sandown School, we delivered an experience for the whole school for FREE. We did it over 2 whole days and it included Smuggling, Romans, Henry the VIII and more, to date we have provided free educational history experiences to 1000's of children.  It is a campaign we call, "History Kidz" take a look at this short video to see what it's all about.

You have the power...

If you would like to help us deliver more school experiences you can donate here, (please)

After school experience we expanded our community activities to include; historic walking tours, history theatre shows, talks, and walks for groups, visitor information and support to other charities and community organisations, many history videos and even more history articles and we are about to open Deal's first and only History themed Community and Visitor Information Centre called, "The History Hub." which will have a blog of its very own. If you would like to volunteer you can find out more information here

So please visit my blog again and thanks for reading

A quick shout out to all The History Project sponsors and super sponsors (below) that help keep us doing our great work!!! We really do depend on those sponsors. If you would like to sponsor us personally or through your business and claim some hexagons for yourself, please e-mail me: This email address is being protected from spambots. You need JavaScript enabled to view it.

Until next time, I wish you all the very best, 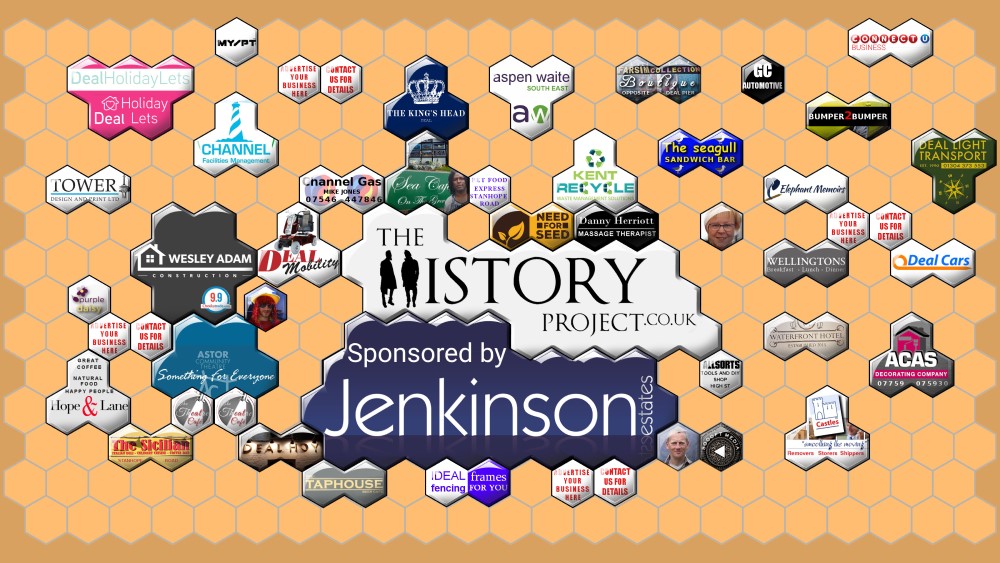